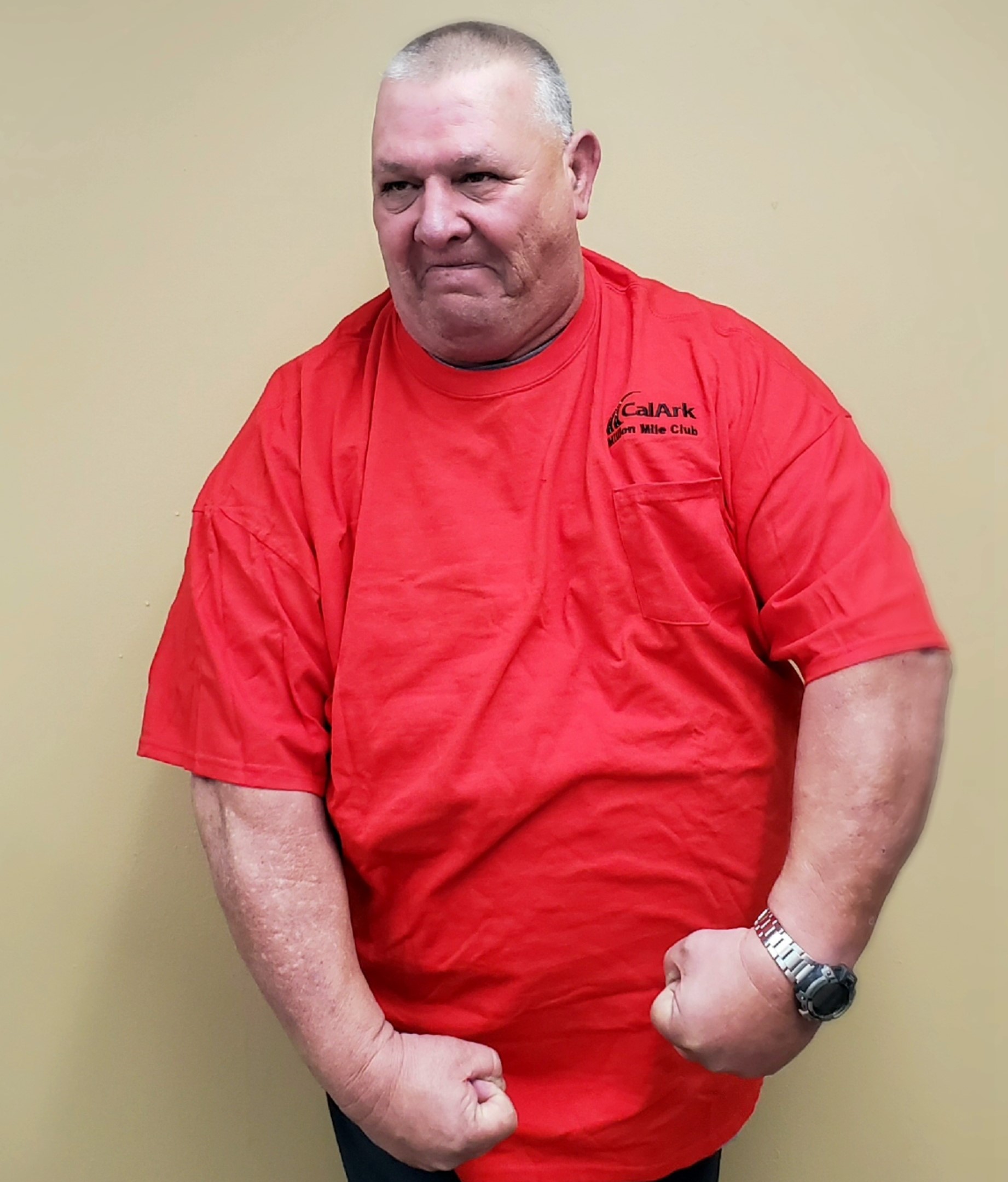 James Braudrick is CalArk’s newest addition to the Million Mile Wall. James has been with Calark since 2/23/2013, but has been driving for 37 years total. Before driving he worked on trucks, rebuilding engines and doing general mechanic work. He says he also went to night clubs and chased women. As you can tell, James is kind of a ham! His CB Handle used to be Thumper. When he got his first kiss, it made him so excited that he thumped his foot and she named him Thumper.

He spends most of his time driving because he loves it, but when he isn’t driving he loves to catfish. When asked what he likes most about CalArk, James says it’s the people he works with. He said the advice he would give to a new driver is to, “be good to who you know, don’t take work home with you, and trust in Jesus Christ, leaving the rest behind.”

Thank you, James, for all you do for our company and the Trucking Industry. We are proud to have you on Team CalArk!