DRIVER of the MONTH

Congratulations to CalArk's Drivers of the Month

Driver of the Month - LTL - Florida 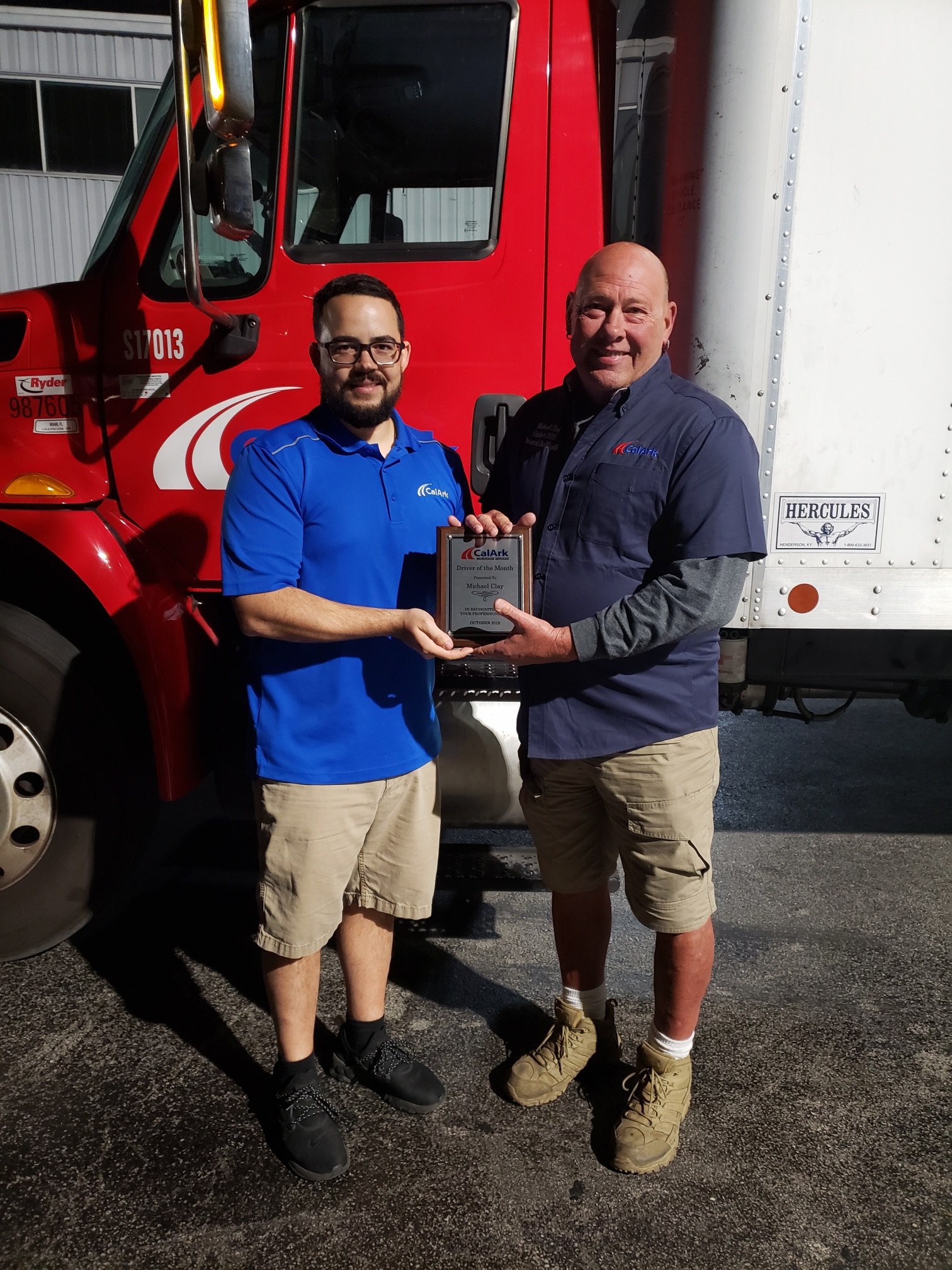 CalArk Warehouse Services’ has named Michael Clay Driver of the Month for October 2019 (pictured here with his supervisor, Chris Payret).Mike, as he is called, has worked with our NAPA Miami Account since October 2017. He lives close to the beach in Hollywood, Florida, and enjoys kayaking,snorkeling, bike riding, and just “chilling” in the sun year round. After work and on weekends, Mike likes to spend time with his family. He has four grandchildren who live within minutes of him and his wife.

Per Mike’s manager, Ken Ellis, Mike has shown tremendous growth in his abilities over the past two years. He is a valued member of the CalArk Family. He has leadership abilities which guide other employees in areas of safety, security, route training, and communication. He is a staple for the Miami Team, which is why he has been nominated for October 2019 Driver of the Month.

“Choosing to be a professional driver means choosing to be a safe, defensive driver not only for yourself but for the motoring public around you.”
- Leslie Stout, CDS, Director of Safety, CalArk International

That is why we put great emphasis on safe and defensive driving training here at CalArk. We have a company-wide, top-down understanding of and appreciation for the importance of safety and the impact it has on our company, on our industry, and on the motoring public.

Accident costs go beyond damaged equipment. Accidents affect company reliability and reputation, employee morale, insurance costs, productivity, recruiting, and retention efforts. We recognize the value of being committed to a world-class safety program, and we strive every day to be safer than the day before and to do the right thing because it’s the right thing to do.